Iodized food common salt is produced in accordance with DSTU 3583-97(GOST 13830-97), GOST Р 51574-2000 and it is used as prevention of iodine deficiency disorders. The finished product is food common salt with an additive of KJO (GOST 4202-75 or other normative documentation) or «pure» qualification or higher. Full name is potassium iodide (KJO). The quality of iodized salt is regulated by DSTU 3583-97(GOST 13830-97), and GOST Р 51574 – 2000, in accordance with it the content of iodine should be equal to 40±15•10 – 4 %, or 67,0±25,0 g/t expressed as potassium iodate. The content of moisture in the product should not exceed 1.00%. Iodine is one of the most important trace elements required by the human being. It is one of the hormones of the thyroid gland regulating metabolism, physical and psychological development of a personality. According to the information of the Ministry of Health the incidence of iodine deficiency disorders among the population has been growing of late years due to lack of iodine in the organism of a human being. The geochemical composition of our soils is poor in iodine and due to low content of this element in water and food products its inflow with the average food ration is insufficient. Iodine deficiency may result in severe abnormalities in the human organism. It is a cause of endemic or exophthalmic goiter – swelling of the thyroid gland possibly leading to cancer. The most effective way to overcome the insufficient inflow of iodine in the food ration is regular use of iodized salt in cooking and salting. The intake of 5-6 g of iodized salt entirely covers daily need of the organism in iodine, preventing the genesis of the above diseases. Ayeyar Salt in Myanmar
No reviews 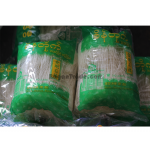 The Rice Vermicelli come from Pathein
No reviews 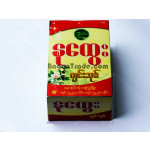 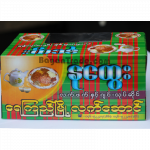 Small size ginger salad made in Yay Kyi
No reviews 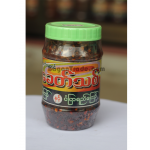 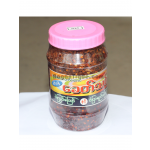 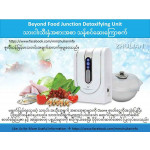 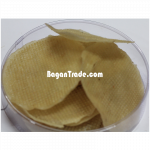 Fish Crisps of Myanmar
No reviews 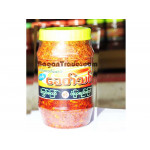